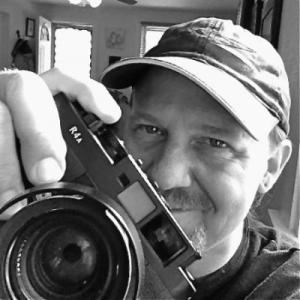 Mondo Robot in the 15th Street Design District is the target for a group of art students from Boulder High School who will turn the parking lot into a fanciful chalk drawing during the 15TH STREET DESIGN DISTRICT FIRM CRAWL on Thursday, April 30th from 4-7pm.

With the help of madonnari, Mike Rieger from the Larimer Square Chalk art festival, watch as these talented, young artists bring a masterpiece to life right at your feet using pastels.

Mondo Robot and the Boulder High School Art Department will have artwork on display as well as play host to a games, face painting, and henna tattoos.

Street painting traditions originated in 16th century Renaissance Italy when artists began transforming asphalt into canvas using chalk. The artists were called “madonnari,” after their customary practice of recreating chalk paintings of the Madonna. Historically, madonnari were known for their life of travel and freedom, making their living from coins received from passers-by.

With World War II came many hardships, greatly reducing the number of these artists. The art form was not officially brought back to life until 1972 when the small town of Grazie di Curtatone in Italy started the first International Street Painting Competition. Today, artists worldwide are taking to the streets, bringing with them new ideas, techniques, and excitement for this ancient form of expression. Handmade French pastels have replaced the simple chalks previously used and the paintings have become complicated images of traditional master-style works, modern pieces, and surreal chalk art creations.

The creation of a chalk painting takes many hours and is often not as simple as it seems. First, the artist must draw an outline of the original painting in proper proportion using pencil or a charcoal pastel. Then they begin to lay the base of colors. Using a number of colored pastels, the artist layers the chalk, blending the colors to create shadow, contrast, and depth. So one might ask, ‘why street paint when the artists’ efforts disappear immediately?’ As avid street painters will tell you, this is performance art, where the process of creating the work is more important than the finished piece. For many, the dialogue with spectators can be as rewarding as creating their masterpieces. People can view the work in all stages of progress, from layout and design, to applying colors, to the finished creation.

A Few of our Friends…